The music that gets played at your wedding reception might not seem like a big deal at first. As long as there are a few slow songs both you and your partner like, then everything should be good right? You’ll add a few faster songs later in order to get guests up and dancing, but besides from this you won’t really pay this any additional thought.

Here’s the thing though, wedding reception music should be given a lot more consideration than what most people give it. It’s easy to get caught up in the other aspects of a wedding, but the music that gets played during your reception is critical. We’re not going to focus on that here entirely. What we instead want to focus on are certain things regarding wedding reception music most people aren’t aware of.

Why is this important? Well it’s going to help you to not only be more informed, but you’ll hopefully have more of an understanding as to how to go about doing things.

The right music can lead to great picture taking opportunities

Your photographer is in charge of taking the right pictures at the right time. Well when you’re dancing at your wedding reception, they’ll have to be especially good at what they do. The wrong wedding reception music can make things difficult though.

Odds are that the couple has certain songs that they vibe to and when they play, then everything else and everyone else around them is forgotten. It’s a great opportunity to capture a picture of the couple that’s going to capture the true essence of the relationship. This goes for the first dance as well as later on when more upbeat music is being played. END_OF_DOCUMENT_TOKEN_TO_BE_REPLACED

When you get married you’re going to have a lot of firsts as husband and wife. One of those firsts would be your honeymoon. Honeymoons often get overlooked because people spend so much time and energy on putting together a wedding. A honeymoon is important though, especially a good one because you’re only going to get one shot at it.

You can think of it as just another trip if you’d like, but it’s a lot more than that. It’s a chance for you and your spouse to bond as husband and wife and start out your marriage on the right foot. So what you want is something big, exciting and memorable.

Well if this is what you want, then you might want to consider one of these 8 top wedding destinations. Yes, some of them can be a little pricey, but the experience you can have will certainly make it all worth it. 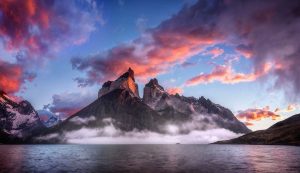 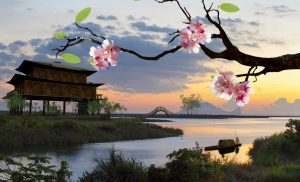